When my friend Darren called me and told me if I wanted to go see Interstellar live, I thought, live? What is it like to watch a movie live? Since Christopher Nolan is my favorite director I put on the best clothes I had in the closet: a suit, no tie. Those who know me know that I would have liked to put on a Clint Eastwood shirt, in case anyone over there would ask me: «Do you like Clint? He is my friend, I can introduce you”. Anyway, I took a taxi and told the driver: «Royal Albert Hall, please!”. That sounded very well.

As soon as I got off the taxi I was very happy to have put on a suit, because the red carpet was waiting for me. Needless to say that I went through there and did not hear a single flash. In that context I was a total stranger.

When I entered the auditorium I understood what the thing was: I was going to attend a live film orchestra screening, what I did not know is that Michael Caine and Thierry Henry were sitting next to me. After talking with them for a while, I had the feeling of living a dream.

The film was presented by Stephen Hawking himself and a nearly hour-long talk was arranged between Christopher Nolan, composer Hans Zimmer and the physicists Kip Thorne and Brian Cox. In that hour they explained the physics of Interstellar, the designs of the ships, the final image of the black hole and the soundtrack. Nolan said that he did not tell Zimmer what the movie was about, simply gave him a part of a dialogue between a father and his daughter. They wanted to do something totally different from Batman. The rest is gold. What Hans Zimmer touches turns it into gold.

As soon as the movie started, I remembered why I had not gone to the cinema to see the film; it was not subtitled, obviously. But I realized that my english was improving and I understood everything, including Matthew McConaughey, who even my British friends found hard to understand.

At the end of the first part of the film (an hour and a half) there was a break. They took us to a private room and there I was introduced to the president of Warner Europe. We talked about football, about our dear president Enrique Cerezo and, of course, it did not take me long to ask him to introduce me to Clint.

They told me the story of Nolan, how they chose the cast and how they shot the film, while a few meters from me I saw Jessica Chastain. It was like if I was watching the extras of a DVD, but listening directly to the characters.

The second part of the film is much more entertaining, it is much closer to the masterpiece of Kubrick, 2001: A Space Odyssey. There are epic scenes and a spectacular photography. The soundtrack maintains its intensity, until the moment of the song «No time for caution» arrives, in a scene in which the Ranger ship has to be docked to the damaged Endurance station. The theater trembled with the power of the orchestra. At the end of the scene, everyone began to applaud. It was the first time I experienced something like that in a movie theater, that a scene was applauded.

And there was still half an hour left. And I did not want it to end, I wanted that this unique feeling that you get from a movie you connect with will last a lot, because I know it will be many years before a movie manages to captivate me that way.

I admit that Interstellar’s physic is not perfect. I admit that, although it is very accurate from the point of view of astrophysics, there are mistakes, but I only saw the positive. Everything seemed impeccable to me and I felt that it fit perfectly. In the end, it is a science fiction movie and the imagination has to prevail over everything else.

In the final seconds, Anne Hathaway appears colonizing another planet and the screen fused to black. The movie is over, my new favorite movie. The audience applauded all that the credits last, grateful to Hans Zimmer and Christopher Nolan, those two who, together, make raise a whole cinema. I am also grateful to Hans Zimmer, he has made me travel along with the cast.

After seeing more than two thousand films my conclusion is that the value of a film is given by the moment you see it, by the feelings it is capable of transmit you and Interstellar filled me in a difficult moment of my life. It’s more than a science fiction movie, it’s a love story of a father and his daughter, and it’s a love story between man and survival. It is, in my opinion, a brilliant, genius movie.

When I got home I increased my list of people with whom I would like to have a picture: Clint, Federer, Hans Zimmer… In fact, I bought a Hans Zimmer’s shirt, just in case, someday, someone tells me: «He is my friend, I can introduce you.» 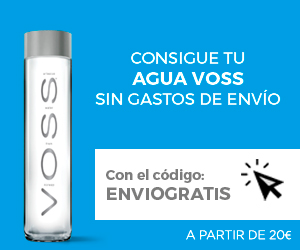